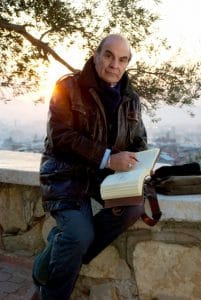 Tuesday was a day of contrasts not as great as they initially appeared. First that evening, I went to hear David Suchet read the entire Gospel of Mark in St Paul’s Cathedral. Several things struck me. First, the way that it brought out so vividly the original source of the text as oral history, meant to be read aloud, with all its repetitions and internal resonances so easily missed on the page, especially by our skim-accustomed eyes, but blatantly obvious when read out.

Second, the nuance, depth and contrast of character and insight into human nature revealed in the text by an expert storyteller, one accustomed to weighing and parsing words for patterns, cadence, and underlying meaning. The unmistakable touch of a master musician in his use of the voice as an instrument in phrasing, pacing, and variation of colour, grounded in a depth of feeling arising from the fact that he believes the truth of what he speaks. In Suchet’s hands, a judicious pause became a moment of unbearable suspense, even in a familiar passage. No matter how many times each one of the hundreds in that space had heard those words, they had never heard them thus.

One 76 bus ride later, I was in my Lindy hop class with the wonderful Richard Pucci at Uptown Swing. What, you say, do these two possibly have in common? 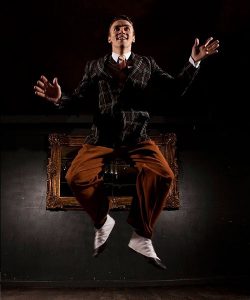 Eloquence comes in many forms, as does language, and dance has a language and fluency all of its own. It never ceases to amaze me how the same move can be led so differently, and how well or poorly it is led can make all the difference in the world to how it feels to follow.

An indecisive, abrupt or slap-dash lead immediately throws me into self-doubt, off kilter, uncertain. I imagine I’ve misunderstood, and if it’s bad enough, I begin to doubt whether I can follow or dance at all. ‘Change partners’ rings out across the room, and everything can change instantly.

A clear lead makes the same move feel utterly natural, even subconscious. The pleasure of movement returns, and I can be free to just follow wherever I am led, because I trust the leader’s skill. That’s also when you move from mere ‘carpentry’ to creation, to a sort of relationship through something given and taken to make some thing new.

Of course, I need to ‘listen’ too, to not preempt or predict moves, and goodness, being an independent modern woman does not always make this easy! Subtlety and nuance is always preferable, or as Richard once said to us, ‘A lead wants to whisper, not shout. Don’t make him shout’. It becomes, then, about attentiveness and sensitive reactivity, which is actually great fun. Indeed, that is where the ‘play’ and  joy of dancing really begins.

Dancing with leads like Richard, intimately familiar with every move and trope and sequence, master of both the theory and the technique but still moving for the sheer joy of doing so, was like hearing Suchet speak.

In one set of hands, the syntax can seem clumsy, convoluted. In another, smooth as silk and clear as crystal. In the nuance lies the mastery, the casual ease born of hours of careful preparation.

This is also the same way that I seek to sing, to weave in and out of the notes as written but to interpret them as expertly, fluidly, and vividly as possible, to bring my own flair to the music and to ‘play’ as I create. But it strikes me as just a good a model for life in general… 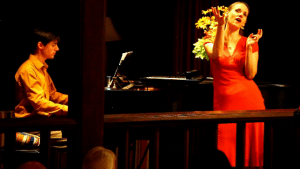